Archives of Sexuality and Gender: International Perspectives on LGBTQ Activism and Culture

There is a common saying that history is written by the victors. History is generally written by well-meaning women and men who, for all their education, still write from their own worldview, their own perspective, no matter how impartial they attempt to be. In recording history, someone, some group, will always be left out or marginalized regardless of how comprehensive we try to be. A similar problem can occur with assembled archival collections; the archive presents some of the picture but not the entire picture, and there is always more material to offer than can ever be included.

In some cases, scholarly resources tend to focus on the white, Western world, mainly North American and European history and experience. They either marginalize or only indirectly touch on the histories, experiences, and narratives of othered groups (e.g., LGBTQ, disabled, etc.) as well as black and minority ethnic groups.

LGBTQ histories are often left out or erased from the official record. Archives of Sexuality and Gender: International Perspectives on LGBTQ Activism and Culture ensures LGBTQ stories and experiences are preserved and presented. The archive was created to illuminate diversity in underrepresented areas of the world such as southern Africa and Australia, highlight cultural and social histories, examine struggles for rights and freedoms, offer explorations of sexuality, and present organizations and key figures in LGBTQ history. The archive offers voices, perspectives, and worldviews that challenge historical omissions and cultural biases. Read the press release to learn more about this groundbreaking resource >>

Archives help connect us to the human experience. They offer us stories from the past, allowing us to witness struggles and triumphs, to see through the eyes of another, to gain new perspectives on other societies and cultures. With archives, we get to visit different times and places, meet interesting people, and step outside our own view of the world and experiences. Some of the materials are moving, some entertaining, and some lead us to wonder how we ever made it so far as a society.

In International Perspectives on LGBTQ Activism and Culture, we’re exposed to a wide array of history, herstory, activism, and culture from around the world:

Last but not least, let’s look at a highlight collection from GALA (also known as Gay and Lesbian Memory in Action) in Johannesburg, South Africa; it’s a newspaper that supported the LGBTIQ community in South Africa, serving as a window on local and international events and news. This is one of 24 collections Gale digitized in partnership with the GALA archives. Gale has also digitized more than 150 periodicals from the Australian Lesbian and Gay Archives, as well as the Organization Files and Geographic Files from the Lesbian Herstory Archives.

Exit newspaper is South Africa’s longest-running monthly LGBTIQ publication. Exit newspaper has played a pivotal role in informing the LGBTIQ community in South Africa since it was founded, originally as Link/Skakel, in 1982 by the Gay Association of South Africa (GASA). Thirty-three issues of Link/Skakel appeared from May 1982 to May 1985, with the publication of the first issue of Exit following a few months later in July 1985. Exit continues to be published and distributed as a monthly newspaper throughout South Africa. Our archival collection runs through June 2018.

In the early ’80s, before the decriminalization of homosexuality in the country, Exit became one of the few avenues through which members of the community were offered local and international LGBTIQ news. “For many in the closet, Exit was the only gateway to the community, especially for those living outside the major urban areas. The mere act of stepping up to the till to buy a copy at the local CNA [Central News Agency] was a brave ‘coming out’ rite of passage,” writes Luiz DeBarros in an article to mark the 300th issue of Exit for Mamba Online in November 2015.

To this day, Exit continues to offer the latest local and international LGBTIQ news, including sports and entertainment as well as letters, profiles, columns, and travel and health features.

“Any cultural historian wishing to trace key developments in LGBTIQ history in South Africa has to consult Exit.” These words of Tim Trengove-Jones, quoted by DeBarros in the same article celebrating the 300th issue of Exit, are testament to the undisputed importance of Exit as a valuable archival resource.

Archives of Sexuality and Gender: International Perspectives on LGBTQ Activism and Culture provides material that expands our worldview, giving us a glimpse into the history and culture, fights for equality, and everyday life in societies around the world. Read Part 1 of this blog series to dive into the collections.

Learn more about International Perspectives on LGBTQ Activism and Culture >> 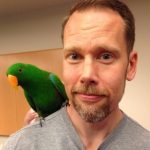