January 1, 2019, marked what would have been J. D. Salinger’s 100th birthday. Salinger died in 2010, having secured his place in literary history and American culture in 1951 with the publication of his novel The Catcher in the Rye. The work was a bestseller, and its angsty teen protagonist, Holden Caufield, changed the way many young readers felt about literature. Here was a character who used profanity and expressed deep disdain for anything phony, which included much of the adult world he was leery about aging into. With Holden, Salinger captures a unique voice that sounded real to readers in a way they hadn’t heard in literature before.

Catcher in the Rye, Censorship, and a Dark History

Holden was, in fact, too real for some. Catcher in the Rye became frequently banned in many schools across the United States. According to the American Library Association’s censorship statistics, it was the 10th most frequently challenged book between 1990 and 1999; it dropped to the 19th in the next decade. As recently as 2009, Catcher was counted among the top ten most challenged books in the United States. The book also gained notoriety in 1980, when Mark David Chapman, then 25 years old, shot legendary singer-songwriter John Lennon (founding member of the Beatles). Chapman carried Catcher with him at the time of the shooting and would later go on to discuss its importance to him and how it motivated him to murder Lennon. As reported in the New York Times Book Review, Chapman read a passage from the novel at his sentencing hearing in 1981.

Who Is the Catcher in the Rye?

Despite this dark tangent to the novel’s history, Catcher captures a deep worry about what growing up means, and it explores Holden’s earnest, though impotent, desire to do something with this anxiety. The title of the novel has always intrigued me, because of what it means to Holden, and how he gets things wrong. In the book, he overhears a child singing “If a body catch a body coming through the rye.” He is comforted by this and later tells his younger sister Phoebe about the song. Holden says that he pictures himself in a field of rye on a cliff. The field is full of children playing, and Holden wants to be the “catcher in the rye,” and save the children when they come too close to the cliff’s edge. Phoebe clarifies: it’s actually a poem by Robert Burns, not a song, and the phrase is “if a body meet a body.” (Phoebe is mostly right. To see the poem, written in Burns’s Scottish dialect, check it out at the Poetry Foundation‘s website.) There is no catching. Burns’s poem is about a secret romantic tryst, not children playing, but in the end, for Holden, the distinction is immaterial. Childhood and adolescence represent safety and innocence, and adulthood represents danger and phoniness, and Holden’s fantasy is about protecting that childhood innocence from a fall into some disastrous adulthood. Holden himself teeters on this precipice throughout the whole book.

What Else Did Salinger Write?

Catcher was Salinger’s only novel. He wrote numerous short stories, though, some of which were more highly regarded by literary critics than Catcher was. An intriguing, much-anthologized short story is “A Perfect Day for Bananafish.” (For a brief overview, check out this introduction from Reference Guide to Short Fiction.) Salinger’s short fiction is collected in three volumes: Nine Stories, which includes “Bananafish,” Franny and Zooey, and Raise High the Roof Beam, Carpenters and Seymour: An Introduction.

Salinger became famously reclusive following the tremendous success of Catcher. He retreated to his home in New Hampshire and even erected a wall around his property. The author married twice and had two children, and died at the age of 91, in 2010.

Catcher in the Rye endures as a popular, commonly studied work of literature. In PBS’s Great American Reads contest, the novel came in at number 30 out of 100 of the best-loved novels, as ranked by PBS viewers. The novel is still widely taught in high school classrooms. Though sales estimates vary, recent figures suggest that Catcher has sold over 68 million copies in its lifetime.

Salinger’s reclusiveness kept him, until his death, a target of intense curiosity. This curiosity was fed in 1998 with the publication of Joyce Maynard’s memoir, in which she recounts her short-lived relationship with Salinger, which began when she was 18, and Salinger was 53. Maynard’s work was roundly disparaged. But Maynard, and Salinger, made news again, when Maynard once more spoke out within the context of the “Me, Too” movement, in which she ponders how her story might have been received had she waited until 2018 to tell it. Maynard’s piece, “Me, Too,” was published in September 2018, in the New York Times Book Review.

The unslakable desire to know everything about public figures, however rightly or wrongly they are idolized, is not a new phenomenon, though information is more readily available for consumption than it was in the mid-twentieth century, when Salinger became a noteworthy figure in American culture. As consumers of art, we readers must determine for ourselves how we mediate our understanding of an author as both an artist and as a complex individual, and in Salinger’s case, one who suddenly and reluctantly found himself at the center of unprecedented attention.

Though Salinger notoriously disliked such attention, the occasion of his 100th birthday nevertheless will bring new readers to his work, readers who will assess Catcher, “Bananafish,” and Salinger’s other works for their literary merit. In honor of Salinger’s 100th birthday, Little, Brown, and Company is reissuing special editions of his works, and the New York Public Library is planning an exhibition from the author’s archive for October 2019. And if you’ve already read Catcher (and whether you loved or hated it), Salinger’s birthday is a good motivation to check out some of his short fiction, which varies from story to story in terms of style and voice.

Except for the link to the Poetry Foundation, all links in this article are drawn from Gale’s Literature Resource Center, which also contains numerous biographical and critical essays on Salinger and his work. A few highlights include: this biography from Contemporary Literature Criticism, audio of an obituary on Talk of the Nation, and a detailed analysis of Salinger’s life and work from Dictionary of Literary Biography. 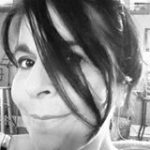 Catherine is a developmental editor at Gale (and project editor of Contemporary Authors), an enthusiastic vegan runner, and a recent MFA graduate. If spare time is to be had, she may be found writing, reading, or enjoying some down time with her two teenagers.