Amid all the other communicable diseases I could possibly worry about—COVID-19, monkeypox, AIDS—polio was probably last on my list of concerns when I read this news item. After all, by the time I received the standard set of childhood vaccinations prior to starting school in 1980, the campaign to eradicate polio was the gold standard for vaccine programs, with over 90 percent of American children my age receiving the vaccine. It was hard to fathom in the 1980s that polio had once been a feared and highly communicable disease that had seen hospital wards filled with patients on respirators in the early 1950s, prior to the approval of the first vaccine in 1955. The disease was alarming both because it was highly infectious but also because it manifested different ways in different people; the majority of people who contracted polio did not even know they had it, meaning they were asymptomatic. But they could spread it to others who might be among the minority with severe symptoms, including paralysis and even death.

Researchers who want to gain insight into the fight against polio, the debate around its treatment, and the rollout of the vaccine can turn to Gale Case Studies: Public Health Issues for help. This curated collection of primary sources is organized into 10 case studies, with each case study focused on a particular topic such as “Health Policy,” “Mental Health,” and “Social and National Health Insurance.” Each case study in the module has an introductory essay that provides context for the primary sources, descriptions of the primary sources, and discussion questions that encourage students to make connections between past and current events.

In the case of polio, it is not hard to draw connections between that early twentieth-century menace and our twenty-first-century experience with COVID-19. For example, the document “Polio Can Be Conquered” from 1949 describes the twin mysteries around how polio spreads and why it affects some people so differently from others, which are the very same aspects that have inspired so much modern fear around COVID-19. This document is part of the “Various Diseases and Illnesses” case study, which highlights the intermingling of public health and politics from the 1940s through the 1990s.

But despite the widespread fear of contracting polio, it was not a given that people would be on board with taking a vaccine. For example, the primary source “Adult Immunization Guide Report of the Committee on Immunizations of the American College Health Association” released in 1967—12 years after the polio vaccine was introduced—alludes to skepticism about vaccines in the public: “The major problem of immunizing people … is the problem of motivating them. There are no known solutions to this other than the impossible one of having recurrent threats of epidemics of various diseases.”

This document is part of the case study “Communicable Diseases,” which details how communicable diseases were on the decline during the twentieth century due to public education efforts and treatments, but also demonstrates how these efforts often ignored marginalized communities such as Blacks, Latinx, and those identifying as LGBTQ. For instance, Naomi Rogers noted in her essay “Race and Politics of Polio” (2007) that there was a prevalent idea in the scientific community of the 1930s that Black people did not get polio, leading to the denial of care for many. Racial disparities continue to contribute to imbalanced infection rates today, with Black and Latinx people being three times as likely to become infected with COVID-19 than their white counterparts, according to a 2020 New York Times article.

In this modern era of increased skepticism regarding science in general and vaccines in particular, Gale Case Studies: Public Health Issues offers researchers a unique and holistic view of the evolution of U.S. public health policy in the twentieth century. The role of the government and the medical community to inform the public on diseases and health issues, develop and champion treatments, and combat misinformation is not unique to our time. 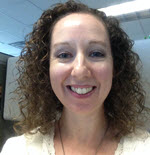