SAY NOTHING by Brad Parks
9781410499134
A powerful and moving breakout thriller about a couple plunged into unimaginable terror when their children are kidnapped. Scott and Alison will do anything to get their children back, no matter the cost to themselves . . . or to each other. Library Journal’s starred review said: “Parks does a fantastic job conveying every parent’s worst fear while also showcasing the marital conflict and mistrust that erupts in the midst of a crisis. The complications and twists build to an unexpected climax that is both perfect and gut-wrenching . . . Fans of Harlan Coben and Lisa Gardner will love this thriller. Don’t stay silent, tell everyone.” (Mystery — 5/3/2017)

THE STRANGER IN THE WOODS by Michael Finkel
9781410497482
Many people dream of escaping modern life, but most will never act on it. This is the remarkable true story of a man who lived alone in the woods of Maine for 27 years, making this dream a reality — not out of anger at the world, but simply because he preferred to live on his own. Kirkus Reviews said: “The narrative that emerges from Finkel’s compassionate research not only probes the nature of the relationship between the individual and society, but also ponders the meaning of happiness and fulfillment in the modern world. A thoughtful, honest, and poignant portrait.” For fans of Cheryl Strayed and Jon Krakauer. (Biography and Memoir — 3/8/2017) THE TEA GIRL OF HUMMINGBIRD LANE by Lisa See
9781410498014
A powerful story about a family separated by circumstances, culture, and distance, this thrilling new novel from New York Times bestselling author Lisa See paints an unforgettable portrait of a little-known region and its people and explores the lives of a Chinese mother and her daughter who has been adopted by an American couple. Library Journal said: “With strong female characters, See deftly confronts the changing role of minority women, majority-minority relations, East-West adoption, and the economy of tea in modern China. Fans of See’s Snow Flower and the Secret Fan will appreciate this novel. For fans of Amy Tan and Alice Hoffman. (Wheeler Hardcover — 3/8/2017)

The American Books Association publishes the Indie Next List every month. Drawn from bookseller-recommended favorite handsells and epitomizes the heart and soul of passionate bookselling. Independent booksellers are and have always been discoverers of the next big thing, the next great read, the next bestseller and the next undiscovered gem. Here is the full list of titles published on the Indie Next List that we have available in Large Print!

#1 Pick: EXIT WEST by Mohsin Hamid
9781410499486
The poignant novel follows remarkable characters as they emerge into an alien and uncertain future, struggling to hold on to each other, to their past, to the very sense of who they are. Profoundly intimate and powerfully inventive, it tells an unforgettable story of love, loyalty, and courage that is both completely of our time and for all time. Booklist’s starred review called it “spellbinding writing [with] a story of a relationship that sucks its own marrow dry for sustenance. The concept of the door is a powerful, double-edged metaphor here, representing a portal leading to a promised land that when closed, however, condemns one to fates from which there is no escape.” For fans of Jhumpa Lahiri. (Core — 5/3/2017)

THE STRANGER IN THE WOODS by Michael Finkel RABBIT CAKE by Annie Hartnett
9781432838416
Readers will delight in this debut, a darkly comic novel about a young girl named Elvis trying to figure out her place in a world without her mother. As hilarious a storyteller as she is heartbreakingly honest, Elvis is a truly original voice in this exploration of grief, family, and the endurance of humor after loss. In their starred review, Publishers Weekly said: “[Elvis’s] story is affecting, exploring how a fragile but precocious girl strives to define herself after a tragedy.” For fans of Maria Semple and Celeste Ng. (Peer Picks — 5/17/2017)

CLOSE ENOUGH TO TOUCH by Colleen Oakley
9781432838829
A 28-year-old recluse with a unique allergy to physical contact with other people is forced to reenter the world after her mother’s death, finding friendship with a 10-year-old troubled boy and love with his adoptive father. An evocative, poignant, and heartrending exploration of the power and possibilities of the human heart. Publishers Weekly called it “Heart wrenching and humorous, Oakley (Before I Go) delivers an out-of-the-ordinary love story with steady quips and endearing characters.” For fans of Jojo Moyes and Jodi Picoult. (Basic — 6/7/2017)

NEVER LET YOU GO by Chevy Stevens
9781410497444
Lindsey Nash has left an abusive relationship and her ex-husband was sent to jail. She has started over with a new life, her own business, and a teenage daughter who needs her more than ever. When her husband is finally released, Lindsey believes she has cut all ties. There is no way he can ever find her and her daughter again. But she gets the sense that someone is watching her, tracking her every move. Publishers Weekly’s starred review said: “Stevens’s taut writing and chilling depiction of love twisted beyond recognition make this a compelling read.” For fans of Paula Hawkins and Lisa Gardner. (Basic 5 — 3/8/2017) 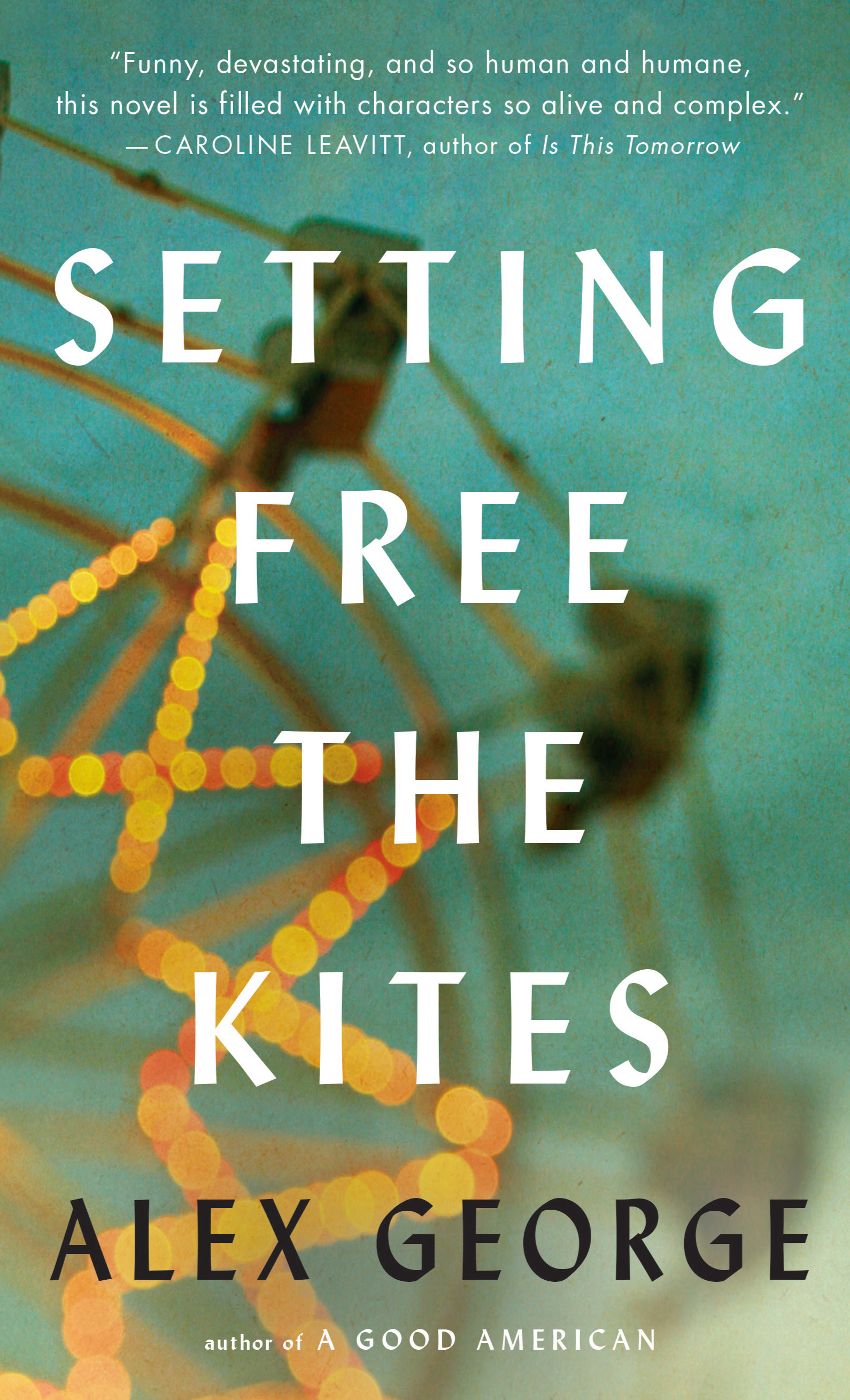 SETTING FREE THE KITES by Alex George
9781410497826
Astute and surprising, and full of memorable characters and families, this novel holds a mirror up to the emotional pitfalls that all families face. A wonderful sense of place and a great eye for detail allow the author to strongly evoke New England in the 1970s. Honest and heartfelt, the novel is both a poignant coming-of-age story and a moving family drama that explores the terrible costs of misplaced hope. Publishers Weekly said: “George is masterly in his rendition of Maine landscapes and the emotional swings of adolescence. Throughout their mischievous hijinks the boys are always thoughtful and kind and their intentions are noble.” For fans of Christina Baker Kline and Elizabeth Strout. (Core — 3/8/2017)

To learn more about Thorndike Press or to place an order for any of these titles on the LibraryReads List or the IndieNext List visit gale.com/thorndike or contact your Thorndike Press representative.Air Jordan 1 Mid “Pink Shadow” Coming Soon